​​Dr. Wendy McCallum is a faculty member in the Brandon University School of Music where she conducts the Symphonic Band and teaches undergraduate and graduate courses in music education and conducting.

Committed to excellence in music education, Dr. McCallum taught band and general elementary music before pursuing graduate studies.  In addition to designing professional development sessions for music educators, she has presented at provincial music education conferences, College Band Directors National Association regional conference, and the International Midwest Band and Orchestra Clinic.  Her work as a solo and ensemble adjudicator and clinician for concert and jazz ensembles has taken her across Canada and the United States.  She serves as guest conductor of university, community, and military ensembles, as conductor at the International and Rushmore Music Camps, and as facilitator of conducting symposia.  She has conducted junior high and high school regional, provincial, and state honor bands and was the conductor of the 2018 National Youth Band of Canada.

Dr. McCallum holds the Bachelor of Music and Bachelor of Education degrees from Brandon University and completed a Master of Music in Instrumental Conducting at the University of North Dakota with Gordon Brock and James Popejoy.  She received her Doctor of Musical Arts from the University of North Texas where she served as a Doctoral Conducting Associate and Teaching Fellow in the Wind Studies Department with Eugene Migliaro Corporon.  She completed her cognate studies in Music Education with Deborah Rohwer and Darhyl Ramsey.

Dr. McCallum worked as Lead Writer of the Manitoba Grade 9-12 Music Curriculum Framework, has published in Canadian Winds, and is a regular contributor to the publication and recording series Teaching Music Through Performance in Band andTeaching Music Through Performance in Beginning Band.  She is former President of the Manitoba Band Association and Past-President of the Canadian Band Association.  Dr. McCallum, active as a conductor and clinician, investigates areas related to teaching and learning, conducting, and instrumental literature as curriculum in the music classroom. 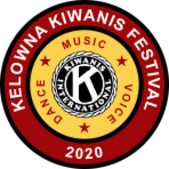 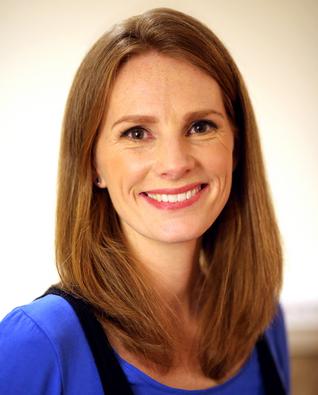 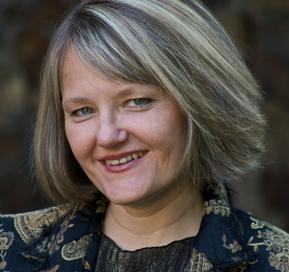 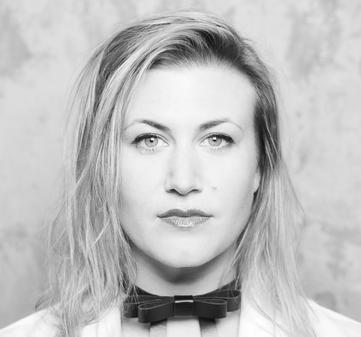 She is an examiner of senior piano levels for The London College of Music and Media (England). Yvette enjoys both leading and participating in Master Classes. She has a thriving studio in Newton, Surrey. 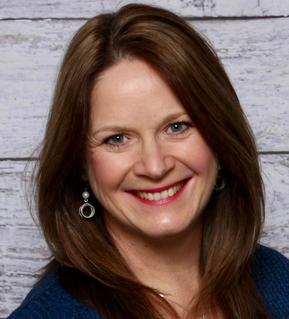 ​​​Camilla Burgess is a teacher and adjudicator of Speech and Drama, and the founder of Viva Voce Speech Arts Studio in Vancouver, BC, where she has taught hundreds of students since opening in 2012.

Camilla’s approach to teaching and adjudicating combines her 15 plus years of experience with her philosophy of careful listening and helping others learn through discovery.  She brings genuine warmth and enthusiasm to her teaching, helping all her students reach their maximum potential.  She is passionate about helping people of all ages connect to their voices, and find true joy in experiencing, expressing, and sharing the full range of the human experience.

Camilla’s holds an ARCT in Speech and Drama from The Royal Conservatory of Music, and an ATCL in Speech and Drama from Trinity College London. Camilla studied at Canada’s National Voice Intensive, under Canada’s foremost voice, movement and Shakespeare teachers, and continues to expand her knowledge and skills through workshops and self-directed study.  She also holds an ESL teacher certification (CELTA) and a Bachelor of Arts Honours from Queen’s University.

She has coached individuals to achieve Gold Medals from RCM and her students have been nominated to and successfully competed at Provincials.

Camilla's voice work is based on the principles of Kristin Linklater, Patsy Rodenburg and David Smukler, and her Speech Arts classes follow the RCM syllabus. 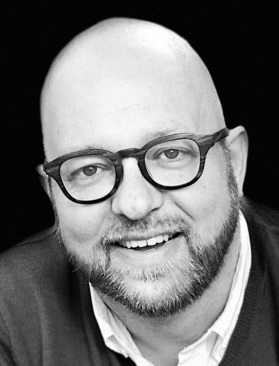 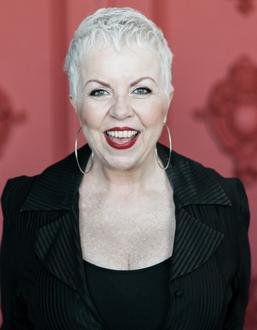 Hailed as ‘a singer with uncommon theatrical sensibility and musical intelligence’, soprano Ingrid Attrot has appeared with major orchestras and opera companies in Europe and North America. Among her signature roles are Donna Anna (Don Giovanni), Ellen Orford (Peter Grimes), and both the Governess and Miss Jessel in Britten’s Turn of the Screw. Companies include English National Opera, Opera Northern Ireland, Opéra de Nantes and Pacific Opera Victoria. She has performed with the London Symphony Orchestra, the City of Birmingham Symphony Orchestra, the Montreal Symphony, and the Los Angeles Chamber Orchestra. Ingrid has appeared at many major festivals including the Salzburg Festival, the Warsaw Autumn Festival, the Holland Festival in Amsterdam and the BBC Proms. Recitals include the Concertgebouw (Amsterdam), Le Monnaie (Brussels), Royal Opera House (London), and at the Wigmore Hall (London).

After receiving her initial training at the Victoria Conservatory of Music, Ingrid completed a Post Graduate Opera Diploma at the University of Toronto before continuing studies in London, England. After two decades of performing and teaching in Europe, she returned to Canada and has been Head of the Voice Department at the Victoria Conservatory of Music since 2007. She is a frequent guest clinician at the University of Toronto and is in demand as an adjudicator at Festivals across Canada at the National, Provincial and Regional levels.

Heather Dotto is a diverse performer, emerging choreographer and passionate teacher.  With extensive training in many styles of dance, she has performed with Vancouver companies such as; Joe Ink, Move: The Company, Vision Impure, MmHop, Kenesis Dance, and Coriograph Theatre.

In 2009 Heather debuted her first professional work as an invited collaborator with Move: The Company.  Since then, she has shown pieces at Chop Shop in Seattle, Brilliant Fashion and Art Gala in Vancouver, Small Stage 35thand 37thedition.

Her latest works include "Beakuz", a commission for Lamondance, "Petrushka" made for Ballet Kelowna's Spring program in 2019 and "Ion", another new work for Ballet Kelowna premiered last fall .  Heather will be performing in Joeink's latest piece as well as premiering a new group work of her own in 2020. 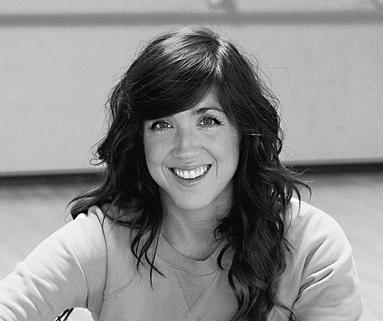 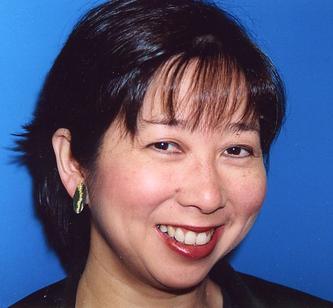 Paul Luchkow is a versatile violinist and violist whose activities cover the range of music from the 17th Century to the present day, on modern and period instruments.

For 30 years, he has been a constant feature in the West Coast’s Early Music scene. In addition to the Victoria Baroque Players, Paul is a long-time member of the Pacific Baroque Orchestra, and appears frequently in concerts for Early Music Vancouver as well as at Victoria’s Pacific Baroque Festival. Paul performed for 10 years with the Portland Baroque Orchestra and now continues to collaborate with colleagues from all across Canada and the US.

A highlight of the last 10 years has been his work with keyboardist Michael Jarvis and their exploration of Classical and Romantic sonata repertoire on period instruments. Their recording of Hummel Sonatas (Op. 5) for fortepiano and violin / viola is available on the Marquis Classics label as is their recording of the complete sonatas for harpsichord and violin sonatas of Michel Corrette (op. 25). A new CD of trios by Tommaso Giordani, for violin, viola da gamba, and fortepiano, was released in October, 2019.

In demand as an adjudicator and educator, Paul enjoys listening and guiding musicians of all abilities, and has given masterclasses at universities across Western Canada.

Elaine Overholt has established herself as one of North America’s most respected and treasured singers, voice coaches, producers, pianists and teachers.

Working alongside Andrew Lloyd Webber on CBC’s How Do You Solve A Problem Like Maria?, Elaine was both judge and vocal coach, as well as on the TV series Pop stars and Skinnamarink TV (CBC).  Her coaching of the National Ballet of Canada and The San Francisco Ballet in their productions of West Side Story Suite (yes, they sang!), received raves. Elaine has also been part of the voice casting team for Cirque du Soleil.

She has shared stages and Network TV shows as a back-up singer with such musical titans as Ray Charles, (yes, THE Ray Charles!), Tina Turner, Anne Murray, Martin Short, and Paul Shaffer, to name a few.  In her Big Voice TV series (Oprah Winfrey Network), Elaine's life-long ambition to lead ‘shower singers’ to unlock their primal voices in order to communicate their strongest intentions and deepest passions was realized.

Elaine has the ability to coax “magical” performances from every type of singer and her success is due to her vast talent and passionate ambition to understand the power of the human voice to change lives. She passes that knowledge on to each and every singer and speaker that she works with.  Elaine leads her students to connect with the unique and powerful voice that is in every one of us – our ‘Big Voice’.

Trained in RAD Ballet, Tap, Jazz, Lyrical, Contemporary & Hip Hop, Amanda's diverse background includes many international credits and performances. Based in Vancouver British Columbia, she began her professional career at the young age of 14 with PRP Productions, whom she still consistently performs with. She has worked extensively in the commercial & theatre industry for the past 15 years. Amanda has performed, taught and adjudicated throughout Europe, South America, Canada and the United States.

Amanda was a featured artist at the Vancouver's International Tap Day Show. She became the artist director of the youth ensemble TapCO, in 2014 and was one of the highlighted female soloists in the 2015 Woman in tap event.

Amanda danced onboard with Princess Cruise lines, and later with Royal Caribbean Cruise Lines, where she was one of the featured performers and aerialists for their shows.

She is currently signed by Premiere Talent agency in Vancouver, where she also choreographs locally and works with a variety of youth talent.

Described as “innovative, expressive, and dynamic,” Elroy Friesen is Director of Choral Studies at the University of Manitoba where he conducts numerous choirs, and teaches graduate conducting. His award-winning ensembles tour nationally and internationally, and are frequently recorded and broadcasted by the CBC.  They enjoy collaborating with many outstanding local and national arts organizations, including the Winnipeg Symphony Orchestra, the Royal Canadian College of Organists, WSO New Music Festival, Soundstreams Canada, Groundswell, Vancouver Chamber Choir, Manitoba Chamber Orchestra, and the Canadian Chamber Choir.

Dr. Friesen studied at the University of Manitoba (B. Mus., B. Ed., M. Mus.) and at the University of Illinois (DMA), receiving numerous scholarships and grants from the Manitoba Arts Council, the Canada Council for the Arts, and the Foundation for Choral Music in Manitoba. He is Artistic Director and co-founder of a new professional choir, Schooner Cove Singers, based in Parksville, B.C.  He is also co-founder of fikamusik, a Choral Conducting Intensive, and has recently appeared as guest conductor with the Winnipeg Symphony and the National Arts Centre Orchestras. He is in demand as a clinician, adjudicator, and conductor throughout North America and Northern Europe.