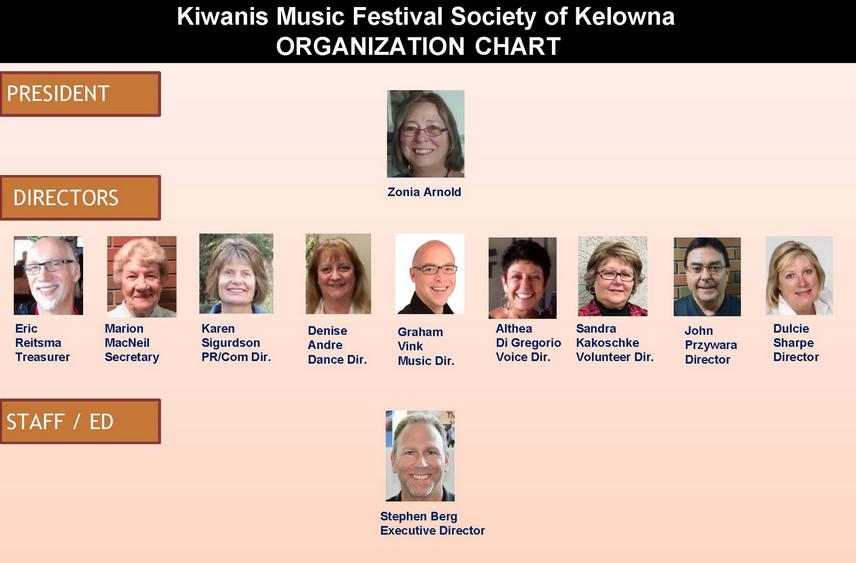 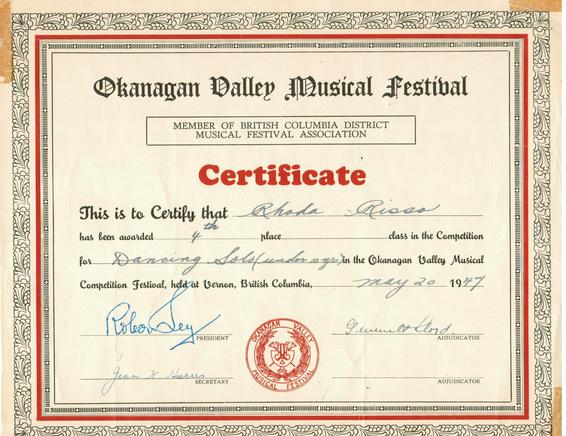 ​The 2019 Festival was exceptional with over 2,700 individual and group performers participating in the Festival and more than 4,000 audience members, supported by over 1,000 volunteer hours. In 2020, we will distribute several thousands of dollars  in awards and scholarships.

- The first Festival was a one-day event with choral, voice, piano, and elocution classes offered.

- The Festival becomes a tri-city event in 1936 with Kelowna, Penticton, and Vernon taking

- In 1949, the Okanagan Valley Music Festival becomes part of the Federation of Canadian Music

- During the 1950s, concert band classes are added and the festival increases scholarships and

- The festival becomes part of the BC Federation of Festivals in 1958.

- The Kiwanis Club of Kelowna became the main festival sponsor in 1980.

- During the 1980s the Festival continued to grow under its first Executive Director, Val Bardot.

- The Festival hosts the National Federation of Music Festival in 2014.​​

- In 2016, the Festival produces its first alumni concert and reception in honour of its 90th

​We rely on volunteers, donations, and sponsors to achieve our mission while ensuring that each performer has a wonderful festival experience that encourages further study in their discipline.​

​​​We are a board-governed, non-profit (and registered charity) organization.  The Kiwanis Music Festival Society of Kelowna oversees all aspects of the Festival. Membership in the society is open to the public.  Festival Executive positions are elected from the membership.

​We provide an annual festival for aspiring performing artists to showcase their achievements in dance, music, and voice to their community and peers while having their performances evaluated in a constructive and positive manner.

Board Member Profiles
View on Mobile